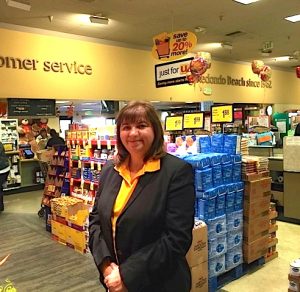 Deliana Speights began her career as a UFCW member in 1987 as Clerk’s Helper working at Boys Marina Market in Marina Del Rey, California. After a year she became a cashier and PIC, shortly after Alpha Beta acquired Boys Marina Market. Eventually Alpha Beta merged with Ralphs and she suffered a lay off in 1996 with nine years of service.

In 1997 UFCW Local 1442 hired Deliana in the Medical Benefits department at the local office. Within six months she was promoted to Office Manager/Bookkeeper. She served on the Executive Committee and Executive Board.  After the Food Strike of 2003-2004, Deliana was promoted to the position of Union Representative. She represented members at Albertsons, Ralphs, Vons, Super A Foods, CVS, and Rite Aid. Deliana’s contract enforcement skills is a valuable asset to Local 1428’s members.

Deliana graduated from California State University of Northridge (CSUN) with a Bachelor of Science degree in Family and Consumer Sciences focused on Consumer Affairs.  She continues to take Labor classes with the Los Angeles Trade Tech College to learn new tools in Labor studies.

Deliana believes that listening to the members’ concerns and focusing on improving their lives through collective bargaining, legislative policies and political victories is key. She invites members to get involved in our union by becoming a shop steward, attending membership meeting, participating in organizing campaigns or just attending rallies.

Luz Bacio began her career in the retail drug industry in 1991 as a pharmacy technician at Sav-on (now CVS). She became a steward soon after she was hired, and that led to her work in union activities, including precinct walks, rallies, informational picketing and organizing campaigns.

Luz Bacio’s main goal is to empower and educate workers in fighting for their rights as union members. She believes that being in a union means coming together for common goals that benefit all members.

Bacio considers herself a compassionate, caring and positive person who believes that smiling is much more fun than frowning.

When she is not at work, she enjoys spending time with her family, watching movies, traveling and attending community activities, such as city council meetings.

Phillip Meza began his career in the food industry in 1991 as a courtesy clerk at Albertsons in Rancho Cucamonga. He was promoted to a GM clerk, a GM department manager and to a cashier and service supervisor.

In 2003-2004 Phillip became active with the union during the strike/lockout. Phillip is a singer/song writer also, commonly known as “The Picket Man”. He has written songs supporting many UFCW political and worker issues since the strike.

After the strike he be became a steward at Albertsons #6590. Phillip has been a member on the UFCW Local 1428’s Executive Board since 2007. He has worked on several projects for local 1428, a few of those projects include Elect Obama 2008, Voter Registration/ABC Drives, Jerry Brown Campaign, No on 32 and the OUR WalMart Campaign from 2011-2014.

He believes that membership participation in union activities, including precinct walks, rallies, picketing and organizing campaigns builds a stronger union.  Phillip works hard to educate every member of the value of being an active union member.

When he is not at work, he enjoys spending time with his 2 grown sons and wife of 25 years, Margarita. Phillip’s oldest son, Michael, is a 1st Lieutenant in the US Army and was recently given command of his unit. His son Christopher participates in many sports at school. So Phillip and Margarita spend much of their time attending or supporting their son’s athletic activities. 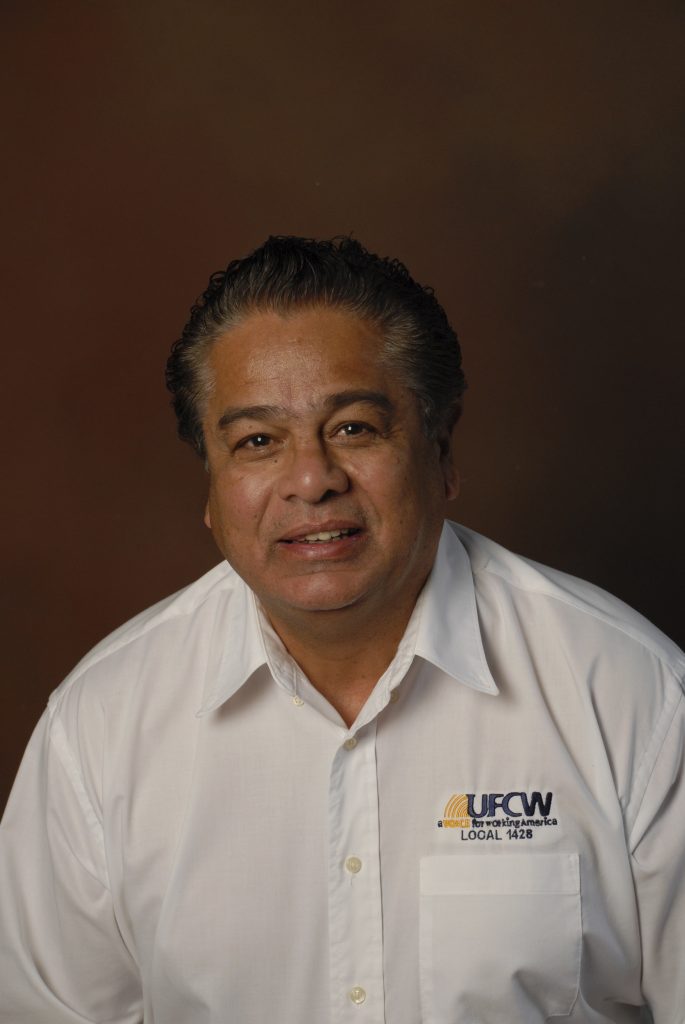 Gerald Singh began his career in the food industry in 1978 as a Courtesy Clerk at Alpha Beta.

He also worked for Smith’s and Vons as a receiver and on the night crew. He joined Local 1428’s staff in 1999, working in the Benefits Department.  In 2000, Singh became an organizer and worked on the Gigante Foods and Best Value campaigns.

He has been a union representative since 2002.

Singh believes his most important responsibility is contract enforcement. He also believes in maintaining a dialogue with members to gauge how they are doing on the job and in their personal lives. By doing so, he feels he can measure the pulse of the membership and deal with issues as they arise.

He also strongly believes in keeping the membership informed, because an informed membership is vital to maintaining the union’s strength.

Singh is a life long and ardent supporter of the Labor Movement. He knows that unions mean better wages, better benefits and a better quality of life.

Singh and his wife, Kim, are the parents of two adult children. They also have two grandchildren. When he is not at work, Singh enjoys spending time with his family, playing golf and coaching high school wrestling. 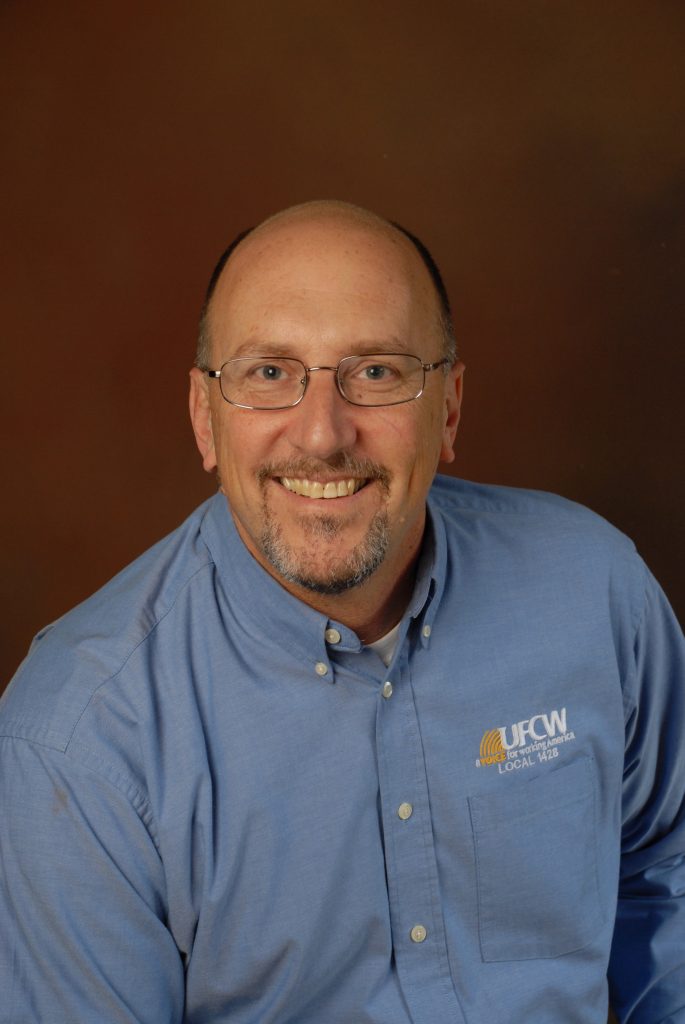 Pete Zimmer began his career in the food industry in 1977 as a courtesy clerk at Alpha Beta. Throughout his career at Alpha Beta and Lucky, he held positions as a checker, key carrier, third person, produce clerk, produce manager and store manager.

Zimmer comes from a union family. His father worked for Kaiser Steel in Fontana and he learned early in life that union members enjoy better pay, benefits and job protection than people who work at non-union jobs.

Zimmer served as a shop steward and later as a Special Project Union Representative (SPUR).

In 1990, he was asked to join the union’s staff in the Benefits Department. He has been a union representative since 2002.

Zimmer considers himself a straight talker and a good listener.

He understands that his job as a union representative means he has the ability to make a real difference for members through helping people and making sure the companies do the right thing and follow our union contract.

He firmly believes that the union works because of the strong support from the members, and that anything can be accomplished if members stick together.